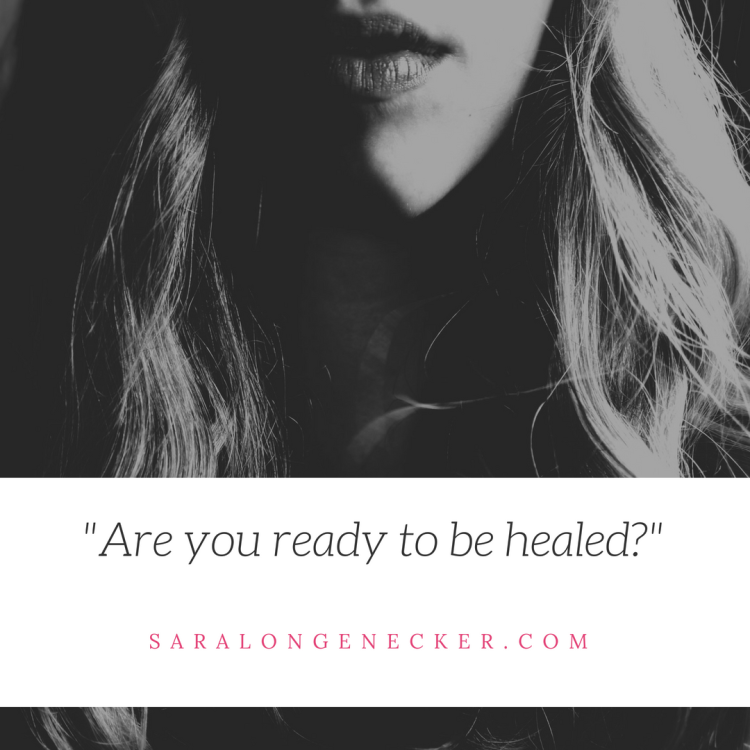 I’m driving down the highway, my kids are yelling in the back seat, but I’m somewhere else…lost in a scene from another time.

I can’t seem to shake this image in my mind of the “bleeding woman” (how horrible is it to be historically known only by this descriptive?) reaching out among the densely swarming crowd following Jesus, her hand searching for just a graze of the tasseled fabric on her finger tips. She has suffered for twelve long, painful, and shame-filled years. The scripture says that she had been to numerous doctors, seeking help and emptying her purse, and had only seemed to get worse. When would her healing come? Shouldn’t she just resolve within herself that this was her lot in life? Perhaps even her own fault?

Then she hears of this person, this Jesus of Nazareth. Maybe a friend whispers his name or maybe she hears the hum of the crowd and catches a glimpse as he moves through the street. We don’t know what made her face the crushing multitude that day and put her hope in this wild chance of an encounter…except that I think she was at her breaking point, her pivotal moment, her rock bottom. She was sick of being sick. She was ready to face her absolute brokenness and need, eye-to-eye and in the harsh daylight, seeing herself for who she truly was. A woman who fiercely needed to meet her Healer.

Why do I know this was her moment? Because I recognize the determined way she managed to push through the raucous crowd, for something so seemingly insignificant as a single touch. I know the fight of a last shred of hope, the only way that hasn’t been tried yet, the last way possible out of her misery. He must be the only way, she thought, if I can just get to him...

When Jesus stopped and turned and looked at the crowd, asking the obvious question, “Who touched me?” His disciples responded sarcastically, “Ummm…everyone?!” (or something like that.) It was at this moment that she felt his eyes on her cowering frame, bent close enough to the dust to breathe it in. She dared to look up.

So He was looking around to see who had done this. Then the woman, knowing what had happened to her, came with fear and trembling, fell down before Him, and told Him the whole truth. “Daughter,” He said to her, “your faith has made you well. Go in peace and be free from your affliction.” (Mark 5:32-34)

In an instant, her future opened up. The woman was healed! She was was freed and she was claimed as a daughter of God. It is no exaggeration to say that she went that day from a slow and painful death sentence to being completely reborn— a new creation! One of health and vitality, one full of peace, one anchored in a new identity, and one energized by the fact that she had met Christ, the true Messiah.

My mind finally settles back down and slowly brings to focus a simple question.

“Are you ready to be healed?”

Are you and I really ready to be healed?

Are we willing to say goodbye to the only way we’ve known?

Are we ready to leave the familiar path, to lay bare what we know of ourselves, to hand over the list of excuses?

Are we so intensely sick of being sick that we’re finally ready to boldly look to the only One who can bring true healing?

Sara Beth Longenecker is a writer and blogger based in Nashville, TN. She helps women sort through the noise of our culture by bringing them truth, beauty, and everyday theology. View more posts